Last time a book made me cry, it was the third book in the Josephine trilogy by Sandra Gulland. Min came in and found me sobbing, holding The Last Great Dance on Earth in one hand and a wad of Kleenex in the other. 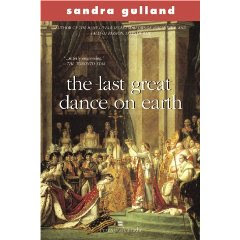 This time, it was Winnie the Pooh.

I KNOW! It was hardly fair. I mean, at least with the Josephine books, you kind of knew beforehand that she wasn’t going to rule as the Empress of all Europe and hatch a dozen Napoleonic heirs. But Winnie the Pooh?

I sat down unsuspectingly to read the final chapter of The House at Pooh Corner to the four-year-old, and I found Christopher Robin valiantly trying to explain to Pooh — without actually saying anything — that he was going to school and wouldn’t be able to play in the Hundred Acre Wood anymore.

And because he doesn’t manage to actually say anything, the four-year-old was completely oblivious. Mommy, meanwhile, was attempting to choke back tears at the thought of Pooh and Rabbit and Piglet and Tigger all left without Christopher Robin.

Coincidentally, I recently read Why Gender Matters, by Leonard Sax. It’s a look at the biological reasons boys and girls are different, and why different teaching and parenting methods are more effective for the different genders. It’s meant primarily for teachers and parents, but it’s fascinating reading for a children’s writer.

One of the things Sax discusses is the lack of a biological connection in young boys between the part of the brain responsible for emotions and the part responsible for language. He argues that there are physical reasons why it’s difficult for boys to express feelings in words.

Well, I should send him Christopher Robin’s conversation with Pooh as the perfect example. The closest the boy gets is something like, “Pooh, no matter what happens, you’ll understand, right?” And Pooh agrees that he’ll understand, while obviously not understanding any of it.

Hand me the Kleenex, please.