I read about Vancouver poet Brad Cran’s refusal to participate in the Olympic cultural events. As his reasons, he listed the lack of support shown writers in the festival line-up, the recent cuts to government funding of the arts, and the “muzzle clause” required by the Olympics, preventing artists from airing any negative views.

I respect and admire his decision. Completely. But, even bypassing the image of the marketing people at his publishing house jumping up and down and pulling their hair out, yelling “What?!? You refused an invitation to read at the Olympics?!?,” there’s the more pressing question:

How do you explain that decision to your mom? 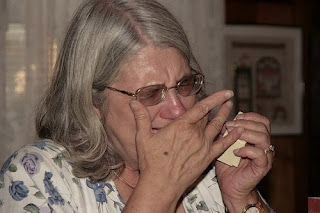 Best of luck, Brad. (And by the way, your 2010 Handbook for Entering Canada is awesome.)